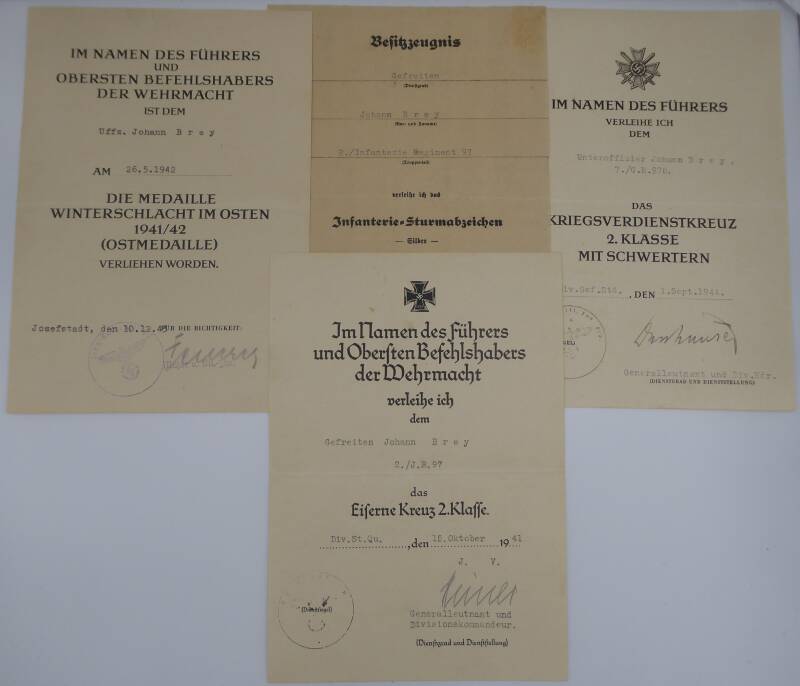 - Normandy and the Falaise Pocket 1944 (where the division got destroyed)

The grouping consists of 4 award documents in DIN-A5 size:

Excellent interesting grouping. Deserves some further research to it. No repairs, no damage.